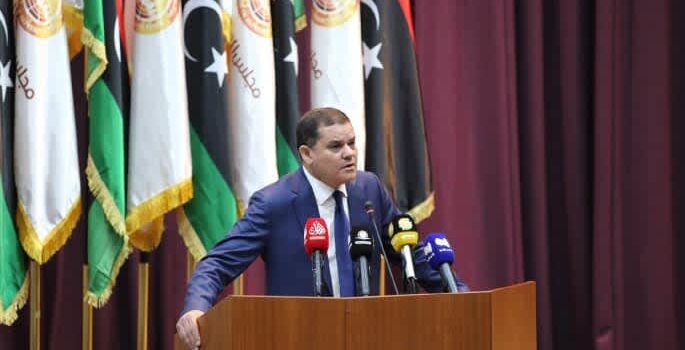 Libya’s interim premier Abdulhamid Dbeibah registered his candidacy Sunday for next month’s presidential election, joining a list that includes a son of slain dictator Muammar Gaddafi and a military strongman. Libya’s first ever direct presidential poll, due on December 24, comes as the UN seeks to end a decade of violence in the oil-rich nation since a NATO-backed uprising that toppled and killed Gaddafi in 2011. Dbeibah signed documents at the HNEC electoral commission in the capital Tripoli, in footage broadcast live by state television, the day before the deadline for registration. “It is …