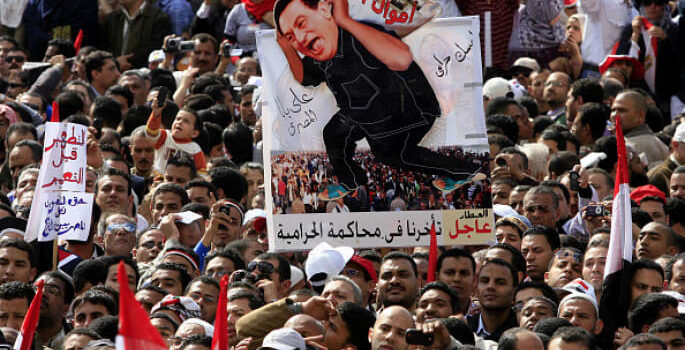 Posted in General
Published by
Al-Araby

The Egyptian President Abdel Fattah Al-Sisi never misses a chance to condemn the 25 January revolution, deriding it as the “conspiracy which almost broke Egypt”, and would have left it in ruins – another Syria, Iraq or Libya. He doesn’t stop there – again and again we hear him blame the revolution for Egypt’s political and economic woes and for the decline in its regional status. Conspiracy theories These oft-repeated attacks beg questions as to their basis, and whether they are credible. With a closer look it becomes clear that there is little actual substance to Sisi’s claims. To take the fi…