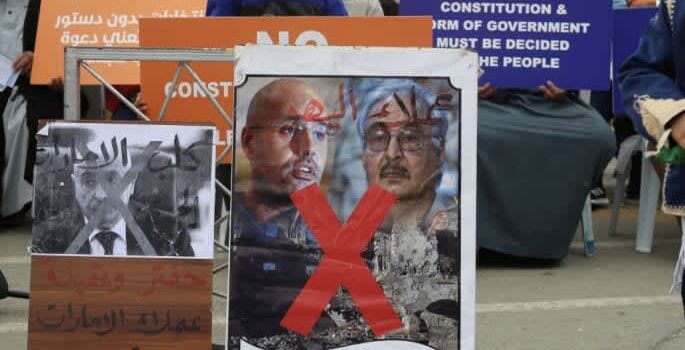 A lawyer for Saif al-Islam Gaddafi, son of Libya’s late dictator, said armed men had prevented him lodging an appeal on Thursday against his client’s disqualification from next month’s presidential election, adding to fears of turmoil around the vote. Disputes about issues including the eligibility of candidates are threatening to derail the election, set for December 24, and with it a U.N.-backed peace process aimed at ending a decade of chaos since Muammar Gaddafi was toppled. Interference by fighters from any faction will further undermine confidence in a vote that many Libyans want, but th…